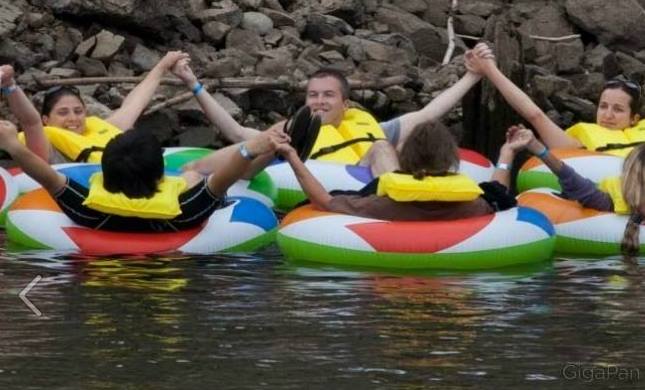 Me while helping break a Guinness World Record at WDS 2013.

I’m writing this from 30,000 feet on my way to the fourth-annual World Domination Summit (no, it’s not evil) in Portland, Ore. WDS is a conference put on by author and blogger Chris Guillebeau that celebrates people that live remarkable and unconventional lives in a conventional world. It is built around the foundations of community, adventure and service. I went last year and it really was an awesome, fun and inspiring group of people to be around.

For instance, last year a bunch of us broke a Guinness World Record by getting in the Willamette River and constructing the world’s longest floating chain. This year we will attempt another record for the world’s longest yoga chain! I don’t know about you, but I just think it is pretty cool to say I am part of Guinness World Record (and potentially two after tomorrow!).

More importantly, there were just a number of people who were doing amazing things with their lives, like building businesses to support a lifestyle of traveling the world, for instance, or raising money for and/or starting important charitable causes. The types of things people say they wish they could do if they had more time, money, connections, etc., except these people faced their doubts and fears and went against conventional wisdom and are now living their dreams and making a difference in the world.

I must admit, there is a part of me that feels out of place among such an amazing group of people. Having got to know some of these folks over the course of the past year, however, has given me the confidence that anybody can accomplish great things with the right attitude, mindset and by taking action. They are no different than you or me, and they have inspired me to dream big and take action on my own goals. I’m not quite there yet, and have certainly been facing my own doubts and fears, although I will be.

Last year I didn’t quite know what to expect going in, I just knew those that had been before raved about the event. I had met one person that was also going a few months prior at Chris’ End of the World Party in Norway (celebrating his having visited every country on Earth), and there were some leaders, authors and bloggers that I recognized, but otherwise I knew nobody. Despite that I had a great time making friends and learning from speakers and attendees alike. I don’t think I had ever been around a more genuinely open and friendly group of people before.

This year I have a better idea of what to expect. I’m normally a very introverted person, as are a great many of those that go to WDS, and this year I aim to not be so shy and be even more engaging in reconnecting with old friends and meeting new ones. Scott Dinsmore wrote a post the other day with some great suggestions for making genuine connections at events like this, or in any situation for that matter. I took a course of his last fall called Connect With Anyone, as, while I get along well enough with people once I’ve met them, I had always found it difficult approaching people and knowing what to say.

I’m sure this year’s WDS will have its differences from last year (there are additional academies and new speakers), although I know it will be an awesome weekend filled with lots of learning, adventure, inspiration and just being among an awesome and super friendly group people. 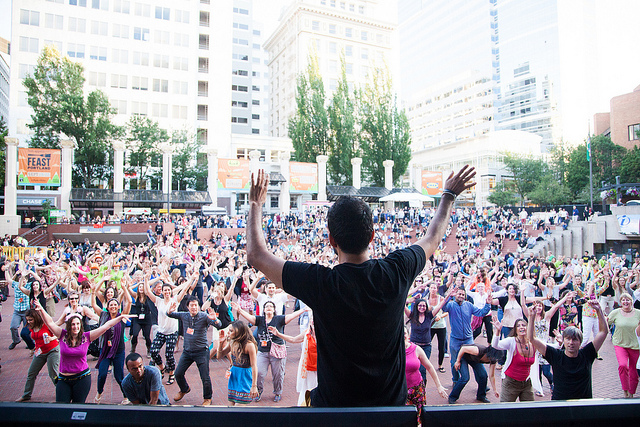